It is one of the most frequently asked questions here at the Old Bell Hotel… “Is this place really haunted” Good question! Here are a just a few stories from the archives. Have a read, and you can decide…

The stories of hauntings span generations and without doubt on certain days in certain parts of the building there can be quite a foreboding feeling about the place. The building has certainly experienced some incredible things over its 375 year history. If only the walls could talk.

One of the most frequent stories is of room 29. Reputed to be one of the most haunted rooms. It is here where Mabel, a linen maid at the time when the Old Bell was still a coaching Inn, is said to have hung herself. Her job was to strip the beds then take the sheets away to be washed, replacing them with fresh ones. One day some passing soldiers on a recruitment drive were buying drinks for the young men in the bar. Mabel’s lover got drunk and took the Kings shilling. He was taken away to war and was killed soon after. Mabel then found that she was pregnant with her lover’s child. When she heard of his death she committed suicide, hanging herself in room 29. 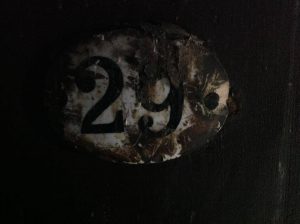 Another ghost has been seen in the area of the 1st floor bar. One of the waitresses was laying out the cutlery, napkins, china etc. in the restaurant situated on the first floor. She left the room for a moment and when she returned she found that every thing on the tables had been moved into a different order. There is only one door in and out of the restaurant, and she swore that no one had entered the room as they would have had to have passed her. Interestingly whilst there are now two doors in and out, records show that originally there was indeed, only one. 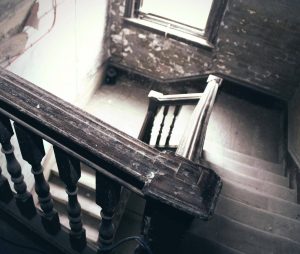 It is difficult to understand if the maids are one and the same. One story from the 1930’s again mentions a maid. One of the upstairs rooms in The Old Bell Hotel is said to be haunted by the ghost of a serving girl who has been seen on many occasions, dressed in 18th century clothing with a white cap. It was thought that she was murdered by Jacobites in 1745.  The soldiers ghost haunts the top floor of the Hotel and paranormal investigators have often commented on his description and how utterly evil he is.  The serving girl’s ghost usually appears when children are present and two instances are recorded at the Inn. 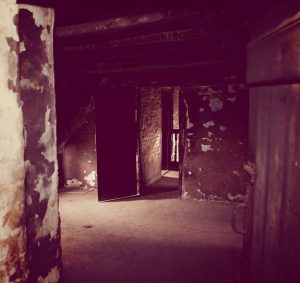 During the 1930’s, the landlord at the time had a son who suffered from asthma. One afternoon he heard him coughing and choking in his bedroom and so he ran upstairs and burst into the bedroom, only to find a lady dressed in 18th century costume bending his son over and patting him on the back. As the boy’s father took over, the mysterious figure simply vanished before his eyes.

In the 1950’s and this same room was being used as a nursery. The landlady was in the process of changing her baby here one day and she had to turn away to get some nappy pins and cotton wool. As she turned back, she saw a figure in 18th Century costume standing over the baby, stooping as if to pick the child up. The mother rushed to pick her child up and as she did, the ghostly figure completely faded away. 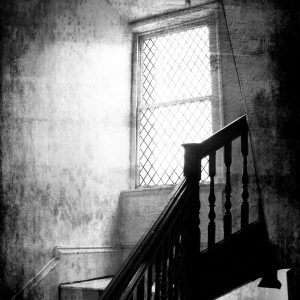 A lot of the stories are verified from articles in the Derby Mercury like the story of Walter Walters. He had been staying here at The Old Bell Hotel for several weeks before the landlord asked him to pay his bill to which he replied “You wont get a penny from me, nor will anyone” With that he went to his room, when he failed to come down for breakfast the following morning the landlord went to his room where he discovered this body with his throat cut from ear to ear. Questions were asked at the time was it suicide or was he murdered! His room is now our accounts office and the team experience strange sensations in there.

There are many ghost stories from the last 100 years. We even have ones from the team working here at the Bell over the last decade. These stories are as weird, strange and as unexplained as the rest. But we will have to save those for another blog. We can’t be held responsible for you not sleeping well or having nightmares this Halloween can we now?